Ambrose Bierce was a brilliant, bitter, and cynical journalist. He is also the author of several collections of ironic epigrams and at least one powerful story, "An Occurrence at Owl Creek Bridge." Bierce was born in Ohio, where he had an unhappy childhood. He served in the Union army during the Civil War. Following the war, he moved to San Francisco, where he worked as a columnist for the newspaper the Examiner, for which he wrote a number of satirical sketches. Bierce wrote a number of horror stories, some poetry, and countless essays. He is best known, however, for The Cynic's Word Book (1906), retitled The Devil's Dictionary in 1911, a collection of such cynical definitions as "Marriage: the state or condition of a community consisting of a master, a mistress, and two slaves, making in all, two." Bierce's own marriage ended in divorce, and his life ended mysteriously. In 1913, he went to Mexico and vanished, presumably killed in the Mexican revolution. 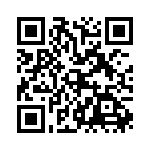