Paulo Freire is one of the most widely read educational philosophers and practitioners in the world today, except in the United States, where he remains relatively unknown to many in the educational community as well as the general public. Freire received international acclaim and notoriety with his first and best-known work, Pedagogy of the Oppressed, first published in English in 1970. His teachings draw much of their inspiration from a Marxist critique of society; for this reason he was forced into exile from his native Brazil in 1964, and his works were banned in many developing nations. His pedagogy for adult literacy has been implemented successfully in several African nations and has been the basis for literacy crusades in Nicaragua and other Latin American countries. His philosophical approach to education forms the basis for much of the critical theory work in education now taking place in the United States, Europe, and developing nations. 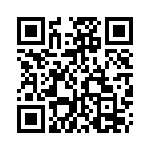