Sergio Diaz-Briquets is executive director of the Council for Human Development and vice president of Casals & Associates, a consulting firm in the Washington, D.C. area. Previous appointments include research director of the U.S. Congressional Commission for the Study of International Migration and Cooperative Economic Development, and project director with the Population Reference Bureau. He has also been a consultant to numerous international development agencies. His books include The Health Revolution in Cuba, and Cuban Internationalism in Sub-Saharan Africa. He has a Ph.D. in demography from the University of Pennsylvania.

Jorge Pérez-López is an economist with the U. S. Department of Labor, Bureau of International Affairs. He is author of The Cuban Second Economy: From behind the Scenes to Center Stage, The Economics of Cuban Sugar, and Measuring Cuban Economic Performance, co-editor of Perspectives on Cuban Economic Reforms, and editor of Cuba at a Crossroads and is on the editorial board of Cuban Studies. He has a Ph.D. in economics from the University of New York at Albany. 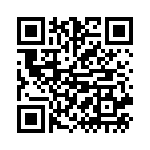