Born on September 15, 1929 in New York City, Murray Gell-Mann graduated from Yale University in 1948 and from MIT in 1951. Gell-Mann has held numerous prestigious posts at universities and in industry, and has received honorary degrees from the University of Chicago and Yale, Columbia, Cambridge, and Oxford universities. Gell-Mann marked his place in history with his discovery of quarks, a concept in particle physics that earned him a Nobel Prize in 1969. While he has written many scientific works, his later writing incorporates his interest in nature and conservation. The Quark and the Jaguar: Adventures in the Simple and the Complex explains connections between the laws of physics and nature, including a discussion of chimpanzee behavior and the works of Gilbert and Sullivan. This book is also partly autobiographical in nature; he writes about his childhood, revealing that although he almost flunked physics in school, he also entered Yale at the age of 15. Other awards received are the Ernest O. Lawrence Memorial Award of the Atomic Energy Commission, the Franklin Medal of the Franklin Institute, the Research Corporation Award, and the John J. Carty medal of the National Academy of Sciences. In 1988 he was listed on the United Nations Environmental Program Roll of Honor for Environmental Achievement (the Global 500). In 1994 he shared the 1989 Erice "Science For Peace" Prize. 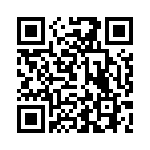