Paul Krugman was born on February 28, 1953. He received a B.S. in economics from Yale University in 1974 and a Ph.D from MIT in 1977. From 1982 to 1983, he worked at the Reagan White House as a member of the Council of Economic Advisers. He taught at numerous universities including Yale University, MIT, UC Berkeley, the London School of Economics, and Stanford University before becoming a professor of economics and international affairs at Princeton University in 2000. He has written over 200 scholarly papers and 20 books including Peddling Prosperity; International Economics: Theory and Policy; The Great Unraveling; and The Conscience of a Liberal. Since 2000, he has written a twice-weekly column for The New York Times. He received the 1991 John Bates Clark Medal and the 2008 Nobel Memorial Prize in Economic Sciences. His title End This Depression Now! made The New York Times Best Seller List for 2012. 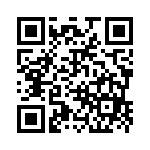