YVONNE DANIEL teaches at Smith College and the Five College Consortium in Massachusetts and is the author of articles in Dance Research Journal, Black Scholar, and Dance Ethnology. 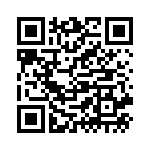