Sinister Resonance begins with the premise that sound is a haunting, a ghost, a presence whose location in space is ambiguous and whose existence in time is fleeting. The intangibility of sound is uncanny - a phenomenal presence both in the head, at its point of source and all around, and never entirely distinct from auditory hallucinations. The close listener is like a medium who draws out substance from that which is not entirely there.

The history of listening must be constructed from narratives of myth and fiction, `silent' arts such as painting, the resonance of architecture, auditory artefacts and nature. In such contexts, sound often functions as a metaphor for mystical revelation, instability, forbidden desires, disorder, formlessness, the unknown, unconscious and extra-human, a representation of immaterial worlds. As if reading a map of hitherto unexplored territory, Sinister Resonance deciphers sounds and silences buried within the ghostly horrors of Arthur Machen, Shirley Jackson, Charles Dickens, Algernon Blackwood, M.R. James and Edgar Allen Poe, seventeenth-century Dutch genre painting from Rembrandt to Vermeer, artists as diverse as Francis Bacon and Juan Munoz, Ad Reinhardt and Piero Della Francesca, and the writing of many modernist authors, including Virginia Woolf, Samuel Beckett, James Joyce and William Faulkner. Threaded through the book is Marcel Duchamp's curious observation - `One can look at seeing but one can't hear hearing' - and his concept of the infra-thin, those human experiences so fugitive that they exist only in the imaginative absences of perception.
DAVID TOOP is a musician, writer, and sound curator. His acclaimed books include Rap Attack, Ocean of Sound, Exotica, and Haunted Weather. His writing has also appeared in The Wire, Bookforum, and the New York Times. He lives in London. 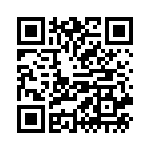