Donald A. Beattie is a former NASA engineer who has also worked with the National Science Foundation and the Department of Energy. He currently works as a private consultant. He is the author of History and Overview of Solar Heat Technologies. 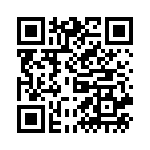