Wendy Cukier is Professor of Justice Studies and Information Technology Management at Ryerson University in Toronto. She is a cofounder of Canada's Coalition for Gun Control, a founding member of the International Action Network on Small Arms, and coordinates the Small Arms Firearms Education and Research Network. In 2000 she was awarded the Governor General's Meritorious Service award, one of Canada's highest honors.

Victor W. Sidel is Distinguished University Professor of Social Medicine at the Montefiore Medical Center and Albert Einstein College of Medicine in the Bronx, and Adjunct Professor of Public Health at Weill Medical College of Cornell University. He is a former president of the American Public Health Association, and a cofounder and past president of Physicians for Social Responsibility and International Physicians for the Prevention of Nuclear War (which won the Nobel Peace Prize in 1985). 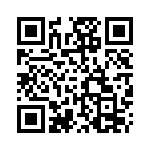