MARTIN C. STRONG has been researching and compiling discographies for around 25 years, among them The Great Metal Discography, The Great Alternative and Indie Discography, The Great Psychedelic Discography and, of course, The Great Rock Discography and The Essential Rock Discography. He is currently working on the second installment of Lights, Camera, Soundtracks which focuses on classical soundtracks and film scores. He lives in Falkirk, Scotland. BRENDON GRIFFIN has worked sporadically on the Great Rock Discography series since the late 90s. His work has also appeared in Songlines and Record Collector, and he's a regular contributor to HMV Choice. When not fielding exacting calls from Martin, he's often wandering abroad for Rough Guides, contributing to the West Africa, Central America, Bolivia, Spain and Portugal titles, and writing Spain: 25 Ultimate Experiences. He lives in Edinburgh with his wife Erika. 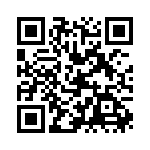