Página 139
An Art Ramble Through Mexico . " - Bertha A. Spencer , in The Educational Leader , 6 : 46-51 , March , 1943 , describes the attractions of Mexico for the student of art . The Mexican people , she finds , have an innate artistic sense .
Página 262
Summer School for Foreign Students , National University of Mexico : June 25August 15 , under the direction of Dr. Francisco Villagrán ( Ribera de San Cosme 71 ) . Courses in Spanish , literature , history , native languages , education ...
Página 276
The Texas State College for Women in its Annual Summer School at Saltillo , Coahuila , Mexico , has been particularly favored by the Mexican Government in receiving the services of a Cultural Mission sent it through the courtesy of the ... 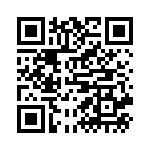