Página 286 - We admit that in many places and in ordinary times the defendants, in saying all that was said in the circular, would have been within their constitutional rights. But the character of every act depends upon the circumstances in which it is done. The most stringent protection of free speech would not protect a man in falsely shouting fire in a theater, and causing a panic.
Aparece en 574 libros desde 1880-2008
Página 333 - It has been well observed that such utterances are no essential part of any exposition of ideas, and are of such slight social value as a step to truth that any benefit that may be derived from them is clearly outweighed by the social interest in order and morality.
Aparece en 525 libros desde 1798-2007
Más
Página 237 - I deny not, but that it is of greatest concernment in the church and commonwealth, to have a vigilant eye how books demean themselves as well as men; and thereafter to confine, imprison, and do sharpest justice on them as malefactors...
Aparece en 434 libros desde 1780-2008
Página 316 - All ideas having even the slightest redeeming social importance — unorthodox ideas, controversial ideas, even ideas hateful to the prevailing climate of opinion — have the full protection of the guaranties, unless excludable because they encroach upon the limited area of more important interests. But implicit in the history of the First Amendment is the rejection of obscenity as utterly without redeeming social importance.
Aparece en 367 libros desde 1886-2008
Página 305 - If there is any fixed star in our constitutional constellation, it is that no official, high or petty, can prescribe what shall be orthodox in politics, nationalism, religion, or other matters of opinion or force citizens to confess by word or act their faith therein If there are any circumstances which permit an exception, they do not now occur to us.
Aparece en 1101 libros desde 1798-2008
Página 32 - The question in every case is whether the words used are used in such circumstances and are of such a nature as to create a clear and present danger that they will bring about the substantive evils that Congress has a right to prevent.
Aparece en 718 libros desde 1878-2008
Página 288 - I think that we should be eternally vigilant against attempts to check the expression of opinions that we loathe and believe to be fraught with death, unless they so imminently threaten immediate interference with the lawful and pressing purposes of the law that an immediate check is required to save the country.
Aparece en 574 libros desde 1890-2008
Página 135 - The basic guidelines for the trier of fact must be (a) whether "the average person, applying contemporary community standards...
Aparece en 741 libros desde 1798-2008
Menos

Ken I. Kersch is assistant professor of politics at Princeton University, Princeton, NJ. 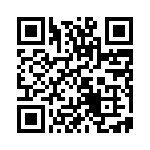