Página 303 - I had been reluctantly drawn. The strength of my inclination to do this, previous to the last election, had even led to the preparation of an address to declare it to you ; but mature reflection on the then perplexed and critical posture of our affairs with foreign nations, and the unanimous advice of persons entitled to my confidence, impelled me to abandon the idea.
Aparece en 435 libros desde 1789-2006
Página 41 - THESE are the times that try men's souls. The summer soldier and the sunshine patriot will, in this crisis, shrink from the service of their country; but he that stands it now, deserves the love and thanks of man and woman.
Aparece en 678 libros desde 1819-2008
Más
Página 176 - To bereave a man of life, or by violence to confiscate his estate without accusation or trial, would be so gross and notorious an act of despotism as must at once convey the alarm of tyranny throughout the whole...
Aparece en 197 libros desde 1805-2008
Página 352 - We are all republicans — we are all federalists. If there be any among us who would wish to dissolve this Union or to change its republican form, let them stand undisturbed as monuments of the safety with which error of opinion may be tolerated where reason is left free to combat it.
Aparece en 670 libros desde 1802-2008
Página 100 - ... westward of the frontiers of the United States, the property of which was not vested in, or granted to, individuals at the commencement of the present war : that the same hath been or may be gained from the king of Great Britain, or the native Indians, by the blood and treasure of all, and ought therefore to be a common estate, to be granted out on terms beneficial to the United States.
Aparece en 67 libros desde 1810-2006
Página 352 - Sometimes it is said that man cannot be trusted with the government of himself. Can he, then, be trusted with the government of others ? Or have we found angels in the form of kings to govern him ? Let history answer this question.
Aparece en 317 libros desde 1801-2008
Página 146 - ... those who oppose, the right side of a question. Were there not even these inducements to moderation, nothing could be more illjudged than that intolerant spirit, which has, at all times, characterized political parties. For, in politics as in religion, it is equally absurd to aim at making proselytes by fire and sword. Heresies in either can rarely be cured by persecution.
Aparece en 54 libros desde 1802-2008
Página 147 - I have had an eye, my fellowcitizens, to putting you upon your guard against all attempts, from whatever quarter, to influence your decision in a matter of the utmosr moment to your welfare, by any impressions other than those which may result from the evidence of truth. You will, no doubt, at the same time, have collected from the general scope of them, that they proceed from a source not unfriendly to the new Constitution. Yes, my countrymen, I own to you that, after having given it an attentive...
Aparece en 30 libros desde 1802-2006
Página 155 - That in controversies respecting property, and in suits between man and man, the ancient trial by jury is preferable to any other, and ought to be held sacred.
Aparece en 359 libros desde 1782-2008
Página 159 - ... jurisdiction; to controversies to which the United States shall be a party; to controversies between two or more States ; between a State and citizen of another State; between citizens of different States ; between citizens of the same State claiming lands under grants of different States ; and between a State, or the citizens thereof, and foreign states, citizens, or subjects.
Aparece en 59 libros desde 1825-2004
Menos

CAROL SUE HUMPHREY is Professor of History at Oklahoma Baptist University. She is the author of This Popular Engine: The Role of New England Newspapers During the American Revolution and The Press of the Young Republic, 1783-1833 (Greenwood, 1996). 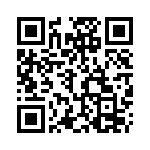