Dr. Tony Farrell is a professor in the Department of Zoology & Faculty of Land and Food Systems at the University of British Columbia and a Fellow of the Royal Society of Canada. Tony’s research had provided an understanding of fish cardiorespiratory systems and has applied this knowledge to salmon migratory passage, fish stress handling and their recovery, sustainable aquaculture and aquatic toxicology. He has over 470 research publications in peer-reviewed scientific journals and an h-factor of 92. He has co-edited of 30 volumes of the Fish Physiology series, as well as an award-winning Encyclopedia of Fish Physiology. As part of his application of physiology to aquaculture, he has studied the sub-lethal impacts of sea lice and piscine orthoreovirus on the physiology of juvenile salmon. He has received multiple awards, including the Fry Medal, which is the highest honour to a scientist from the Canadian Society of Zoologists, the Beverton Medal, which is the highest honour to a scientist from the Fisheries Society of the British Isles, the Medal of Excellence, which is the highest honour of the American Fisheries Society and the Murray A. Newman Awards both for Research and for Conservation from the Vancouver Marine Sciences Centre. He is a former President of the Society of Experimental Biologists and a former Editor-in-Chief for the Journal of Fish Biology. He served as a member of the Minister’s Aquaculture Advisory Committee on Finfish Aquaculture for British Columbia and was a member of the Federal Independent Expert Panel on Aquaculture Science.

Colin Brauner was educated in Canada at the University of British Columbia (Ph D), followed by a Post-doctoral fellowship at Aarhus University and the University of Southern Denmark, and was a Research Associate at McMaster University. He is a Professor of Zoology, UBC and Director of the UBC Aquatics Facility. He has been a Co-Editor of the Fish Physiology series since 2006. His research investigates environmental adaptations (both mechanistic and evolutionary) in relation to gas-exchange, acid-base balance and ion regulation in fish, integrating responses from the molecular, cellular and organismal level. The ultimate goal is to understand how evolutionary pressures have shaped physiological systems among vertebrates and to determine the degree to which physiological systems can adapt/acclimate to natural and anthropogenic environmental changes. This information is crucial for basic biology and understanding the diversity of biological systems, but much of his research conducted to date can also be applied to issues of aquaculture, toxicology and water quality criteria development, as well as fisheries management. His achievements have been recognized by the Society for Experimental Biology, UK (President’s medal) and the Canadian Conference for Fisheries Research (J.C. Stevenson Memorial Lecturer) and the Vancouver Marine Sciences Centre (Murray A. Newman Award for Aquatic Research). He is a former President of the Canadian Society of Zoologists. 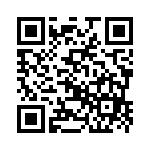