Página 110
S of the subject treated of , or he could not have is very short , and the substance may be given as written of potassium and sodium in the following follows . A peasant , going into his corn - loft , saw a terms , derived from Davy's ...
Página 135
created knight April 23 , 1661 , by Sir Middlesex and Leicester , the name also given in Maurice Eustace , Lord Chancellor , Roger Earl of that book is not added , and this is very signifi . Orrery , and Charles Earl of Mountratb ...
Página 319
Introduced at Court by the Lord light . so far as the English language is concerned , it may claim to be the most ambitious and comprehensivo St. Albans , he was Controller of the Household yet given in its integrity to the world . 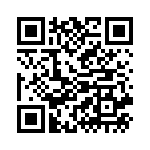