Born in Buenos Aires, Argentina, in 1899, Jorge Borges was educated by an English governess and later studied in Europe. He returned to Buenos Aires in 1921, where he helped to found several avant-garde literary periodicals. In 1955, after the fall of Juan Peron, whom he vigorously opposed, he was appointed director of the Argentine National Library. With Samuel Beckett he was awarded the $10,000 International Publishers Prize in 1961, which helped to establish him as one of the most prominent writers in the world. Borges regularly taught and lectured throughout the United States and Europe. His ideas have been a profound influence on writers throughout the Western world and on the most recent developments in literary and critical theory. A prolific writer of essays, short stories, and plays, Borges's concerns are perhaps clearest in his stories. He regarded people's endeavors to understand an incomprehensible world as fiction; hence, his fiction is metaphysical and based on what he called an esthetics of the intellect. Some critics have called him a mystic of the intellect. Dreamtigers (1960) is considered a masterpiece. A central image in Borges's work is the labyrinth, a mental and poetic construct, that he considered a universe in miniature, which human beings build and therefore believe they control but which nevertheless traps them. In spite of Borges's belief that people cannot understand the chaotic world, he continually attempted to do so in his writing. Much of his work deals with people's efforts to find the center of the labyrinth, symbolic of achieving understanding of their place in a mysterious universe. In such later works as The Gold of the Tigers, Borges wrote of his lifelong descent into blindness and how it affected his perceptions of the world and himself as a writer. Borges died in Geneva in 1986. 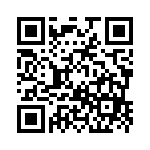