Richard Naradof Goodwin was born in Boston, Massachusetts on December 7, 1931. He graduated from Tufts University in 1953 and from Harvard University Law School in 1958. He joined the staff of a House subcommittee investigating rigged television quiz shows in 1959. He was a senior adviser and speechwriter for Presidents John F. Kennedy and Lyndon B. Johnson. He left the Johnson administration in 1965 when its' involvement in Vietnam grew. He began to write and speak against the war. He taught at Wesleyan University and the Massachusetts Institute of Technology and wrote for several publications including Rolling Stone, The New Yorker, and The New York Times. He wrote several books including The Sower's Seed: A Tribute to Adlai Stevenson, Triumph or Tragedy: Reflections on Vietnam, The American Condition, Remembering America: A Voice from the Sixties, and Promises to Keep: A Call for a New American Revolution. His play, The Hinge of the World, had its premiere in Guildford, England, in 2003. It was produced in Boston in 2009 as Two Men of Florence. He died after a brief bout with cancer on May 20, 2018 at the age of 86. 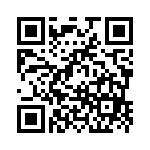