Página xi - Miles (1989, 75) uses the concept of racialization to refer "to those instances where social relations between people have been structured by the signification of human biological characteristics in such a way as to define and construct differentiated social collectivities.
Aparece en 16 libros desde 1989-2008
Página v - The aim from the outset has been to give undergraduates and graduates both a solid grounding in the relevant area and a taste to explore it further. Although aimed primarily at students new to the field, and written as far as possible in plain language, the books are not oversimplified. On the contrary, the authors set out to 'stretch' readers and to encourage them to approach criminological knowledge and theory in a critical and questioning frame of mind.
Aparece en 9 libros desde 1998-2007

Colin Webster was born in the UK where he grew up in a steel-making town and began his working life in the steelworks. He gained a degree in engineering before he emigrated with his family to Australia in 1991. He continued to work as an engineer while writing in his spare time. The Mayakovski Assignment is his debut novel. He now lives with his wife in Queensland Australia. They have a son and a daughter and two grandchildren. 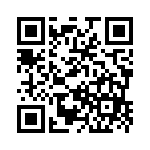