STEVEN C. WARD is Associate Professor of Sociology at Western Connecticut State University. He is the author of Reconfiguring Truth: Postmodernism, Science Studies and the Search for a New Model of Knowledge (1996). 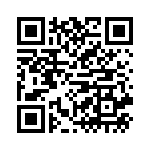