Página 123
Witnesses present : Francisco Maldonado , Felipe Boscán , and Juan García , a citizen , sojourners of the said city . And he signed it . HERNANDO PIZARRO ( rubrics ) . PEDRO DE SALINAS , notary public ( rubrics ) . 32.
Página 125
of this City of the Kings , say that whereas you , Felipe Boscán , my servant , a citizen of this said city , in my name and by virtue of my power of attorney which I gave you therefor , have audited the account of Crisóstomo de ...
Página 127
Witnesses present at the aforesaid : Pedro Dolmos , Francisco Maldonado , and Francisco Boscán , a citizen , sojourners in the said city . And he signed it . Inserted between the lines : " for a part of the cargo which Ontiveros ... 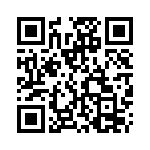