Jaan Valsiner is professor of psychology at the department of psychology, Clark University, USA. He is the founding editor of the journal Culture & Psychology and the author of several books, including The Guided Mind, and is editor of Thinking in Psychological Science. 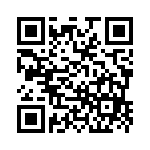