Born in Cordoba, Luis de Gongora studied for the priesthood there and then served as private chaplain to King Philip III in Madrid. As a member of the court, he became involved in the literary controversy of his day, the antagonism between the exponents of conceptism and culteranism. Both schools were manifestations of the baroque spirit, culteranism being characterized by neologism, hyperbaton, and use of metaphors as a poetic substitution for reality, and conceptism relying on conceits and philosophic paradoxes. While Gongora's early poetry consists of relatively simple sonnets, his second period, that of the Solitudes (1613), reveals the culteranistic style at its extreme. The Solitudes are characterized by pastoral subject matter, artificial language, intricate metaphors, mythological allusions, and musical verse. 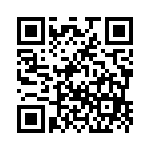