Página 9
HC- M 13 KING PHILIP II . Royal cedula of confirmation to Don Martín Cortés , Marqués del Valle , of the privilegio of 23,000 vassals and 22 pueblos in New Spain , which had been granted to his father , Hernando Cortés . Toledo , Dec.
Página 10
He further maintained that the measurements of his seal , which the Viceroy had sent to the King because it was considered ... in a manner that resulted in the King's receiving a lesser amount of annual tribute than the encomenderos had ...
Página 14
On February 22 , 1567 , the Viceroy Gastón de Peralta , Marqués de Falces , ordered that the Marqués , before going to Spain to present his case before the King , should make a pleito de homenaje , a form of oath of loyalty made before ... 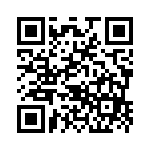