William Egginton is Assistant Professor of Modern Languages and Literatures and Comparative Literature at the University at Buffalo, State University of New York. He is the author of How the World Became a Stage: Presence, Theatricality, and the Question of Modernity and translated and wrote the introduction to Lisa Block de Behar s Borges: The Passion of an Endless Quotation, both published by SUNY Press.

Mike Sandbothe is Professor of Cultural and Media Studies at Friedrich Schiller University at Jena. His most recent book is The Temporalization of Time: Basic Tendencies in Modern Debate on Time in Philosophy and Science. 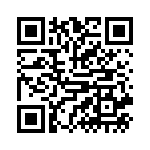