Democracy and Liberalism In the second volume of his work in political theory Francis Fukuyama contemplates the development of democracy and it's main characteristics (modern state, rule of law and ... Leer comentario completo

A great introduction to comparative politics

Francis Fukuyama is the Olivier Nomellini Senior Fellow at Stanford University's Freeman Spogli Institute for International Studies. He has previously taught at the Paul H. Nitze School of Advanced International Studies of the Johns Hopkins University and at the George Mason University School of Public Policy. Fukuyama was a researcher at the RAND Corporation and served on the State Department's Policy Planning Staff. He is the author of The Origins of Political Order, The End of History and the Last Man, Trust, and America at the Crossroads, among other books. He lives with his wife in California. 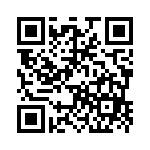