Página 231
I have a friend , Charley , who is a master gunslinger WINNERS : POOR
GRENVILLE CHARLEY , AND THE KIDS he trouble ... Charley's fund is so
aggressive that brokers love it , because an aggressive fund can churn up
commissions bigger ...
Página 236
both the brokers are just listening to Charley ; they are really out of their league . “
Well , you know the Itek story , " Charley says . “ Another Xerox , as soon as they
figure out how to do whatever it is they do cheap enough , and that could be a ...
Página 243
At par , ” Charley intones , " there will be a rally , while we all chase John Jerk
and his brother . ” The translation of this is that Mr. J. , having lost on the stocks he
owned , will try to make up his losses by selling short , and then as Charley buys
... 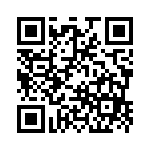