Honestly more enjoyable than I thought it would be. Thankfully he had a writer help him out so it wasn't all unintelligible gibberish, it was actually quite interesting. I shouldn't be surprised, he's ... Leer comentario completo

This book it is excellent. As another reviewer said it is like sitting in the pub with Ozzy and him telling you one crazy story after. If I had one criticism it's that there's one too many stories ... Leer comentario completo

John Michael "Ozzy" Osbourne (born 3 December 1948) is an English singer-songwriter and occasional actor, whose career has spanned over 40 years. As of December 2010, Osbourne sold over 100 million albums worldwide. Osbourne became famous as the lead vocalist of the English heavy metal band, Black Sabbath. In the early 2000s, Osbourne's career expanded to the television arena when he became a star in his own reality show, The Osbournes, alongside wife/manager Sharon and two of their three children, Kelly and Jack. 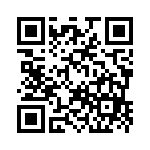