Arturo Uslar Pietri, 1906-2001 Arturo Uslar Pietri was born in 1906 to parents of modest fortune. His father was an officer in the Venezuelan Army. Pietri received an excellent education, studying first at the French School in Caracas and then graduating from the Central University of Caracas with a doctorate in Political Science in 1929. Pietri published his first, and probably best known novel, at the tender age of 25 called Las Lanzas Coloradas or The Red Lances. In 1934, Pietri returned to Venezuela, after touring Europe and the Middle East. Upon his return, he published several collections of short stories and held the position of professor of Economic Policy at Catedra University. In 1938. Pietri was appointed education minister, where he remained until a military coup in 1945. Pietri was forced to flee the country and went into exile in New York City. For nine years Pietri lived in New York and taught Latin American Literature at Columbia University. It was there that he wrote his second novel, The Road from El Dorado, and also wrote a column entitled Pizarra which appeared in the newspaper, El Nacional. Upon his return to Venezuela in 1950, Pietri continued writing more books and finally returned to politics in 1958. He was elected to the senate, representing the capital, Caracas. In 1963, Pietri ran for president, but was defeated. He never lost his love of politics and contented himself with commenting on the state of the nation and continuing his writing. Pietri authored more than 50 books, his most famous being The Red Lances and The Road From El Dorado. He was also the author of various other novels, plays, stories, essays, travelogues, poetry and collections of journalistic work. Arturo Uslar Pietri died February 26, 2001 at the age of 94 in his home in Caracas, Venezuela. 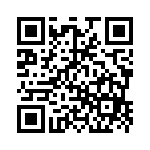