Página 45
In the same work the use the third , and not the first person in speaking of scarlet pimpernel , or_poor man's weather - glass , is themselves . The poem then proceeds to give , with con- said to be “ the only British scarlet flower ...
Página 93
... to one of whom , Alexander , Broughton was bequeathed is generally , however , considered desirable that the He died s.p. 1845 , and his widow , Lady Anne Bingham , first person entering the house in the New Year in 1850.
Página 262
Heywood one persons and apprehended , and if it turned out that day , when in Plymouth , came across a man whose he had been recognized by him ( Capt . Heywood ) , height , athletic figure , and gait so impressed him and no information ... 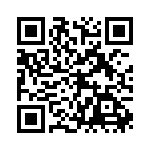