Página 192
The following Knights ' calls her Katherine , daughter of are from the registers of St. George the Sir Edward Hungerford , and the Visitation Martyr , London :of London says daughter of Sir Antony ; Burial .
Página 205
He wrote them at my grandfather's , and gave thom Morgan Graves , I find , was the eldest son of Richard Graves , of Mickleton , co . to Lucy in the presence of my mother , to whom he Gloucester , by Elizabeth , daughter of Thomas ...
Página 12
Mrs. Morris is the evidenced by the following memorandum youngest of the three daughters and coheirs made by him :of the ... Smythe , of Hilton , who married Elizabeth , By his wife , Sarah Wilkes , whom he married daughter of Wannerton ... 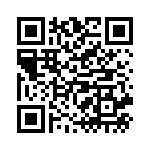