Valerie Hansen received her Ph.D. from the University of Pennsylvania in 1987. She is Professor of History at Yale University, where she teaches courses in East Asian history, especially pre-modern China. Her many scholarly publications include CHANGING GODS IN MEDIEVAL CHINA, 1127?1276 (Princeton UP, 1990) and NEGOTIATING DAILY LIFE IN TRADITIONAL CHINA: HOW ORDINARY PEOPLE USED CONTRACTS, 600?1400 (Yale UP, 1995). She is also author of THE OPEN EMPIRE: A HISTORY OF CHINA TO 1600 (WW Norton, 2000) and THE SILK ROAD: A NEW HISTORY (Oxford UP, 2012). As co-author of the Cengage Learning text VOYAGES IN WORLD HISTORY, she contributes chapters 1?15.

Kenneth R. Curtis received his Ph.D. from the University of Wisconsin-Madison in African and Comparative World History. His research focuses on colonial to post-colonial transitions in East Africa, with a particular focus on the coffee economy of Tanzania. He is Professor of History and Liberal Studies at California State University Long Beach, where he has taught world history at the introductory level, in special courses designed for future middle and high school teachers, and in graduate seminars. He has worked to advance the teaching of world history at the collegiate and secondary levels in collaboration with the World History Association, the California History/Social Science Project, and the College Board's Advanced Placement World History course. 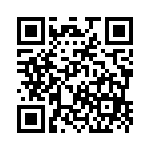