Página 22
To save Time we went ourselves to Mr. Gilbert's , a very smart brick House on rising * Ground commands a View of the ... Church is a Square of Houses likewise built in the Gothic Stile - it stands very pleasant in Point of Prospect .
Página 68
There is a noble Building called the Foundling Hospital on the other Side the River , but the Infirmary I was told was not there , quite a different Part of the Town - went to the House to bespeak Supper , then marched to the Play House ...
Página 422
volume , * under Corhampton , is mention of of Wight in 1567 , and died in 1580 . the Manor of Lomer , on which is Preshaw leaving a son , Thomas Worsley , who was House , which married at Worston , near Winchester , “ after 1603 was ... 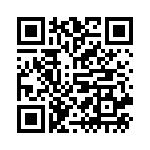