Página 173
she and the Duke sang a duet , Before calls them cast - iron letter posts , ' or , March , 1819 , she had retired to a convent , more properly , postal pillars , recently according to Dr. Anderson , and doubtless erected as succursals ...
Página 208
16 of the latter writes as follows ? begins a letter To the Baptized Churches . “ As the barking of the dog I securely contemn in South Wales . " On p . 63 there is a letter those malicious and scurrile obloquies , Houts , and signed ...
Página 492
The Editor asks for Horace above reference turns out to be for the most Walpole's exact words in his letter of part ... by incorrect from Mrs. Toynbee's edition of the ' Letters , ' oral information , and partly by a defective xiii . 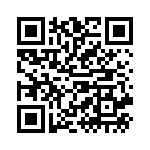