This is actually two books put together in one nice collection. The first, The Politics of Hope, is a series of essays Mr. Schlesinger Jr. wrote from the 1950s to 1963. The topics focus on liberalism ... Leer comentario completo

Arthur M. Schlesinger, Jr. (1917-2007), was one of the world's most distinguished historians and political commentators. He was professor of history at Harvard from 1946 until 1961, when President Kennedy appointed him special assistant for Latin American affairs. In 1966, he began teaching at the City University of New York Graduate Center, and in 1994 he became an emeritus professor there. His many books include The Age of Jackson and A Thousand Days, both of which received the Pulitzer Prize. 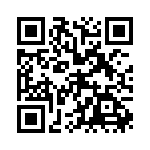