CÚsar J. Ayala is a Professor of Sociology at the University of California, Los Angeles. He is the author of American Sugar Kingdom: The Plantation Economy of the Spanish Caribbean, 1898-1934 (1999) and co-author of Puerto Rico in the American Century: A History Since 1898 (2007).

Laird W. Bergad is a Distinguished Professor of Latin American and Caribbean History at Lehman College, City University of New York and the Graduate Center of the City University of New York. He is the author of Slavery and the Demographic and Economic History of Minas Gerais, Brazil, 1720-1888 (1999) and co-author of Hispanics in the United States: A Demographic, Social, and Economic History 1980-2005 (2010). 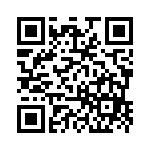