Ken Blanchard is the Chief Spiritual Officer of the Ken Blanchard Companies. He is the coauthor of "The One Minute Manager", "Raving Fans" and many other international bestsellers. His books have combined sales of more than eighteen million copies in more than twenty-seven languages.

Carlos heads his own consulting group and is a senior associate with Blanchard Training and Development, Inc. 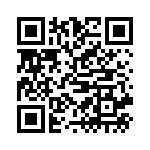