Página 259
could relieve him , at least for a time ; but Notes on Books , & c . creditors became more and more importunate , and it was absolutely necessary that her husband's brother Charles should accompany her to England , The First Duke and ...
Página 261
time called by courtesy Lord Surrey , in LONDON , SATURDAY , APRIL 8 , 1911 , spite of the attainder of his father , Thomas , Duke of Norfolk , in 1572. Through his mother , Lady Mary Fitzalan , he was heir CONTENTS . - No .
Página 410
From the 9th of March , readers can give me information about the when the fatal accident occurred , there is following chaplains on the Madras Estab- a blank in the Duke's journal till the 10th lishment : of April . 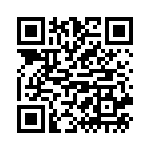