Página 20
Their sponsorship system , like AT & T's , would be indirect , somewhat akin to what later would be called " underwriting . ” For example , Harper's Bazaar presented a fashion show , Field ...
Página 185
The report called for substantial increases in funding , with federal appropriations supplemented by a spectrum fee for commercial broadcasters . Steps were proposed to ensure greater public accountability through improved access for ...
Página 204
At a public television convention at Seattle in 1984 , one station manager received the majority of “ yes ” hands when he called for a vote on canceling the show in the presence of MacNeil , who later observed , “ We know what real hell ... 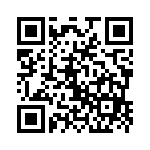