Página 431
These models , relying on data obtained in experiments with human players ,
describe , explain , and predict a large variety of constant and learning strategies
of play . It is shown how normative theories can also be arrived at . In the
interactive ...
Página 452
The two dimensions of playing style to be determined by m and s , respectively ,
are the level of cautiousness ( timid , fair , extravagant , wild ) and the level of ... (
ii ) The human player could verify and modify existing machine players . In fact ,
he ...
Página 454
The human player holds the king of spades , the king of clubs , the ace of spades
, the nine of diamonds , and the ... such as the ability to deal prearranged hands
or to see the hands of selected players , to obtain the mathematically fair bet and
... 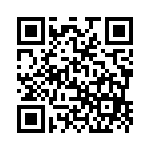