Página 149
There can be no doubt ought to be taken out of the county , none of the paly wavy character of the field , for to be placed in them who have a tenement the pales are sharply carved and are raised worth less than 40s . " yearly .
Página 166
The first son , John , seems to have taken up a naval career , and there is little doubt but that he was the Captain John Lightfoot who commanded the Speedwell in 1665 , and subsequently the Elizabeth , of 40 guns , losing the latter ...
Página 395
1 ) , the not appear to suffer . periodical from which your correspondent's engraved portrait has been taken , is an article upon the Rev. James Rudge , D.D. , F.R.S. It is almost four pages in length , and cannot therefore be quoted ... 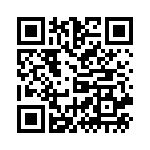