Página
Bibliographical Note Fun with Hand Shadows is a new work , first published by Dover Publications , Inc. , in 1996. It is comprised of a selection of illustrations by Henry Bursill originally published in Hand Shadows to be Thrown Upon ...
Página
Lo sentimos, el contenido de esta página está restringido.. 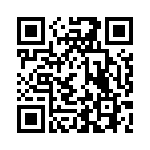