Ian Loader graduated with a law degree from the Sheffield University in 1986 and then worked for a year as a law lecturer at Liverpool Polytechnic. He subsequently spent five years in the Faculty of Law at the University of Edinburgh from where he obtained a M.Sc Legal Studies (Criminology) in 1988 and a Ph.D. in 1993. From 1990-1992 he was a lecturer in criminology and jurisprudence in the Faculty. In 1992 he took up a lectureship in the Department of Criminology at Keele University where he remains. He was promoted to a senior lectureship in 1999, and a readership in 2002.
Aogan Mulcahy graduated from University College Galway in 1987 with a BA in English, Sociology and Politics. He studied at the University of Stirling and at Northern Illinois University, before receiving his Ph.D. in Justice Studies from Arizona State University in 1998. From 1991-1992 he was a research officer at the University of Leeds, and from 1997-1999 he was a research fellow in criminology at Keele University. He joined the sociology department at University College Dublin in 1999, where he is currently a college lecturer. In 2001-2002 he was awarded a Government of Ireland Research Fellowship. 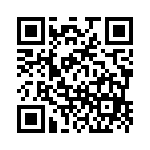