Página 37
“ married Margaret , daughter of William Leggon , Farmer Baily purchased the estate of of Staffordshire , esq . , by whom he had three sons , Hall Place in the perish of Leigh , Kent in viz . , Sir Maurice , Sir Henry ( from whom ...
Página 385
He married Katherine , executors are to complete the transaction in case one of the daughters of Edward Williams , of testatrix should die before completing it . The manor of West Stoke is confirmed to them . a Dorset family .
Página 443
O'REILLY of Dublin married and had issue :Although Witton leaves sums of money I. Mathew O'Reilly , who married and to the vicar , chaplain , clerk and sub - clerk had issue ; of St. Helen's , as well as to “ every other II . 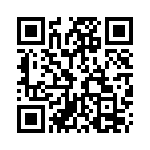