Página 3
Unconsciously we know this because we have all been immunized by growing
up in the United States . The little girl watching television asks will she really get
the part in the spring play if she uses Listerine , and her good mother says no ...
Página 57
Perhaps our whole Game is outside the realm of money as condensed , useless ,
and guilt , for if it is a Game , then it is “ sport , frolic , fun and play , ” and
presumably on the Life side , not the Death side . ( Norman Brown does make me
feel ...
Página 297
We have seen some of the rules of the Game , and some of the players , and
some of the reasons the players play . The reasons are not entirely , as we have
seen , the ones we learn as catechism in the religion we grow up with , which is
the ... 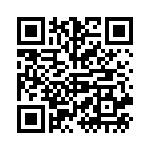