From 1968 to 1987, while continuing to write poetry, he assisted in managing a 350-person men's-clothing factory in Farmington, Missouri, and started one of the Midwest's first factory-outlet apparel chains. From 1980 to 1991, he taught English and creative writing, part-time, at Mineral Area Junior College, in nearby Flat River. Since 1987, he has lived in St. Louis and devoted himself to composing poems. He has a daughter and a son.

Brodsky is the author of eighty-two volumes of poetry (five of which have been published in French by Éditions Gallimard) and twenty-five volumes of prose, including nine books of scholarship on William Faulkner and nine books of short fictions. His poems and essays have appeared in Harper's, Faulkner Journal, Southern Review, Texas Quarterly, National Forum, American Scholar, Studies in Bibliography, Kansas Quarterly, Forum, Cimarron Review, and Literary Review, as well as in Ariel, Acumen, Orbis, New Welsh Review, Dalhousie Review,and other journals. His work has also been printed in five editions of the Anthology of Magazine Verse and Yearbook of American Poetry. 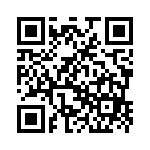