C. Gregory Rogers, J.D., CPA, is a practicing environmental lawyer and management consultant in Dallas, Texas. He is “of counsel” with Guida, Slavich & Flores, a law firm focusing on environmental legal matters, where he advises public and non-public companies on the purchase, sale, financing, and redevelopment of contaminated real estate. He is also President of C.G. Rogers & Co, LLC, a management consulting firm specializing in environmental financial reporting and related business strategies.
Mr. Rogers is a non-practicing CPA and former financial auditor with Arthur Andersen & Co. He began his legal career with two national law firms in Washington, D.C. and Dallas as a corporate securities lawyer, where he became versed in the U.S. federal securities laws and SEC regulations. After gaining experience in environmental law, he left legal practice for several years to work with General Motors Corp. and other clients on the reengineering of various environmental and financial business processes.
Following the enactment of the Sarbanes-Oxley Act of 2002, Mr. Rogers drew upon his background in accounting, law, and consulting to analyze the environmental-related accounting, legal, and management implications of that far-reaching legislation. He has since written numerous articles on various aspects of environmental financial reporting that have appeared in publications sponsored by the National Association of Corporate Directors, the American Bar Association, Financial Executives International, the Risk and Insurance Management Society, and the National Brownfields Association. Mr. Rogers is an active member of the American Bar Association’s Special Committee on Environmental Disclosures and was one of 30 national experts who participated in the U.S. Government Accountability Office (GAO) investigation and report to Congress on Environmental Disclosures (July 2004).
Mr. Rogers earned his law degree from the Southern Methodist University School of Law where he was a Hatton W. Sumners Scholar and law review editor. He received his B.B.A. from the University of Oklahoma. 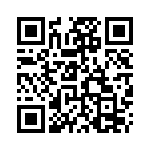