Página 35
1973 occurs Hugo Evance , but he is of the family of Evance of Shrewsbury , arms , Or , a cross moline between four lozenges azure pierced inter cross . engrailed , ends fleury sable , between four Cornish This branch derive from Mael ...
Página 43
༡༣ ་ མ་ བྱུང་ བས་ ཉིག་ 33 were four main roads that ran through the kingdom -Watling Street , Ikenild Street , Ermyn Street , and the Foss - way , or Fosse Street ; but when they descend to further particulars one runs into the other .
Página 324
The same person also probably dropped the comma after the " four hundred , " though that comma may have been absent in the manuscript . In the First Quarto of 1600 it is printed " untill , " and similarly in the quarto of 1608 , which ... 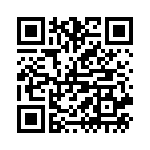