Página 236
ard both the brokers are just listening to Charley ; they are really out of their
league . “ Well , you know the Itek story , ” Charley says . “ Another Xerox , as
soon as they figure out how to do whatever it is they do cheap enough , and that
could be ...
Página 242
George J. W. Goodman, Adam Smith. thing ” means those high flyers so popular
with the performance boys . Well , the flyers have about forty points to drop before
they hit par and naturally Charley doesn ' t mean every one , because they aren ...
Página 243
At par , ” Charley intones , “ there will be a rally , while we all chase John Jerk
and his brother . " The translation of this is that Mr . J . , having lost on the stocks
he owned , will try to make up his losses by selling short , and then as Charley
buys ... 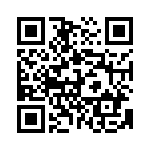