Just a correction: Yvette Centeno obtained a ph.d. on German and Comparative Literature in 1978 at the Universidade Nova de Lisboa, being Chair from 1983 until 2007, the year of her retirement, after 43 years of service.

GERMAN BLEIBERG, the distinguished Hispanist, taught in various universities, including Vassar, Harvard, and SUNY at Albany. He edited a variety of works fundamental to Hispanic studies, including: the Diccionario de historia de Espana, the Diccionario de literatura espanola (with Julian Marias), and Spanish Thought and Letters in the Twentieth Century (with Inman Fox). With John E. Varey, he founded and, until his death, co-directed the scholarly press Tamesis Books Ltd., which specializes in monographic studies of Hispanic letters. Also a noted poet who in 1938 shared the National Literature Prize of Spain with Miguel Hernandez, a selection of his poetry appeared under the title Seleccion de Poemas 1936-1973.

MAUREEN IHRIE is currently an Assistant Professor in the Department of Modern Languages at Kansas State University. Maureen Ihrie has also published the monograph Skepticism in Cervantes. 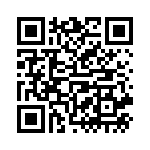