Charles A. Jones teaches International Relations at the University of Cambridge and is a former director of its Center of Latin American Studies. He has worked on Argentine history for many years and published books on the history of international business in the nineteenth century, the North-South dialogue of the 1970s, neorealist international relations theory, and the English diplomat and historian E. H. Carr. 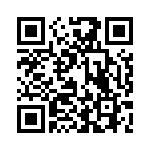